I knew it would have been no ordinary visit. My eyes were ready for the unique opportunity to see how he used to move during his concerts, and get a live taste of his genius. The meeting point was a small international group inside one of the many Italian wonders, the Palazzi dei Rolli in Genoa, UNESCO heritage. The real surprise was an awarded violinist from Eastern Europe, who made us feel guests of Niccolò Paganini for a little while.

The time came for doors to be opened. We were introduced into the many rooms where pieces of great art dwell: Ruben’s Mars and Venus, a beautiful two-colour painting of Cleopatra, Canova’s repenting Madeleine and Caravaggio’s famous Ecce Homo on top. Michelangelo and Niccolò… both great personalities, still remembered as giants for letting their revolutionary techniques spring out of pure talent. Does your heart have room for a genuine interest for learning? I like all bella art, but my personality is mostly attracted by what is still capable of some difference.

And there was the difference. A real man of flesh and bones. A tall and slim figure stood before us, his body ready to reproduce those exact movements, his fingers ready to capture the music that was once inspired by that astonishing mind. A true ambassador instead of a fake ologram. At every capriccio a high sound rapidly spread from one room into another, so clear that could be heard even better than the human voice. A legacy that survived centuries took form, and let Niccolò’s memory live again, as if he were still there among us, having only “delegated” the physical part of his art to a talented and dedicated contemporary. 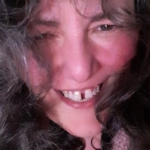 We use technical cookies for your best experience -  settings.

This website uses technical cookies by default Wordpress that are essential for the correct functioning of the site and provide you with the best user experience possible.

STRICTLY NECESSARY COOKIES should always be on (ATTIVATO), otherwise we will not be able to save your cookie settings.

If you disable this function, everytime you return to this website you will have to activate or reject cookies again.